The International Alliance of ALS/MND Associations presents three awards to recognise excellence in the ALS/MND community. The awards are described below, along with a list of previous winners.

Nominations for 2022 are closed.

The Forbes Norris Award, first presented in 1994, honours the memory of Dr. Forbes “Ted” Norris (1928-1993), a neurologist who dedicated his career to helping people with ALS/MND. The purpose of this prestigious award is to encourage a combination of two major qualities: management of and advances in understanding ALS/MND, to the benefit of people living with the disease.

Nominations for the Forbes Norris Award are considered annually; the awards are presented each year during the opening ceremony of the International Symposium on ALS/MND.  If there are no qualified candidates nominated in a particular year, the award will not be granted. 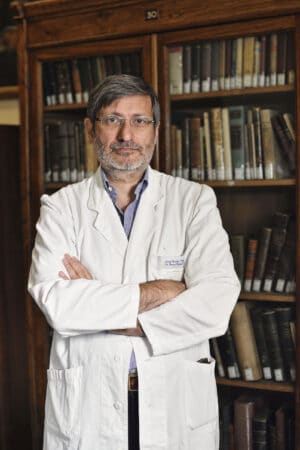 Italian neurologist Dr. Adriano Chiò has been awarded the 2021 Forbes Norris Award from the International Alliance of ALS/MND Associations at the International Research Symposium on ALS/MND. This distinguished award honours his decades-long contribution to the management of and advances in understanding Amyotrophic Lateral Sclerosis/Motor Neurone Disease (ALS/MND), a group of diseases in which the nerve cells that control muscles undergo degeneration and die, to the benefit of people living with the disease.

Dr. Chiò began studying patients suffering from ALS in 1988, opening the first dedicated clinic, the Torino ALS Center, at the University of Torino, Italy. Among his many accomplishments, he established a psychological support service with a particular focus on patient caregivers; helped initiate home care for patients living with ALS/MND; and championed the first Italian collaboration with palliative care units by organizing a specific care protocol in the advanced stages of the disease, which was instrumental in extending palliative care to ALS/MND patients. He also discovered several ALS genes and leads the Italian ALS Genetic Consortium.

Internationally, Dr. Chiò has actively participated on projects such as the longest-lived prospective population epidemiological registry on ALS/MND, which has been instrumental in increasing the understanding of the disease and improving patient care. He has also been a part of the most critical therapeutic trials on ALS/MND, and his scientific discoveries, together with the identification of several previously poorly understood aspects of the disease, have greatly improved the knowledge and clinical management of ALS/MND patients.

“Dr. Chiò is an outstanding personality in the ALS/MND world,” says Andrea Calvo, Associate Professor at the Torino ALS Center. “The combination of the highest level of research with the empathy of daily assistance makes him an exceptional actor. However, what makes him extraordinary is that he created a school. Many doctors and researchers have emerged following his teachings and carry on his passion in the fight against ALS/MND.”

For more than two decades, Dr. Chiò has contributed to international understanding of ALS/MND and continues to advance the field with cutting-level research. He is an inspiration to everyone involved in the worldwide fight against ALS/MND.

The Humanitarian Award was inaugurated in 2000 by the International Alliance of ALS/MND Associations to recognise a non-scientific contribution to the fight against ALS/MND. The Humanitarian Award is intended to recognise and encourage individuals and/or groups whose work makes, or has made, a contribution of international significance for people affected by ALS/MND. 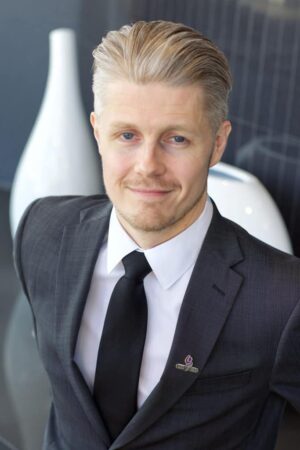 Canadian researcher Dr. David Taylor has been awarded the 2021 Humanitarian Award from the International Alliance of ALS/MND Associations. This prestigious award honours Dr. Taylor’s dedication to enhancing the quality of life for people living with ALS/MND around the world.

Dr. Taylor is relentless in his pursuit of a world free from Amyotrophic Lateral Sclerosis/Motor Neurone Disease (ALS/MND), a group of diseases in which the nerve cells that control muscles undergo degeneration and die. In his role as Vice President of Research at the ALS Society of Canada, he oversees the Canadian national research program, facilitating collaborations within and for the ALS/MND research community.

With the International Alliance of ALS/MND Associations, Dr. Taylor has been the chair of its Scientific Advisory Council (SAC) since 2018 and has built a group of 10 key opinion leaders from around the world, who are focused on finding viable breakthroughs in research and care options, and communicating them in an accessible and understandable manner.

“The SAC is very important for all the patients and caregivers around the world because its members are the experts and provide a worldwide view on research and potential medicines,” says Gorrit-Jan Blonk, CEO of the Dutch ALS Foundation. “To get an opinion on those breakthroughs from the Council is much better than from only one country. The best care and a cure for patients will happen if we look from an international perspective, and that is what Dr. Taylor is coordinating as the chair of the SAC.”

The Humanitarian Award recognises and encourages those whose non-scientific work makes, or has made, a contribution of international significance for people affected by ALS/MND. Under Dr. Taylor’s direction, the SAC comes together quarterly to review and provide global perspective on scientific and biomedical announcements, information and opportunities relating to ALS/MND.

Modern leadership requires a combination of strong ethics, effective cross-cultural communication, and a focus on others; Dr. Taylor embodies all these traits and more. We recognize his dedication to our collective cause.

2005 The MND Association of South Africa

2000 The MND Association of England, Wales and Northern Ireland

The Allied Health Professional Award was inaugurated in 2018 by the International Alliance of ALS/MND Associations to: 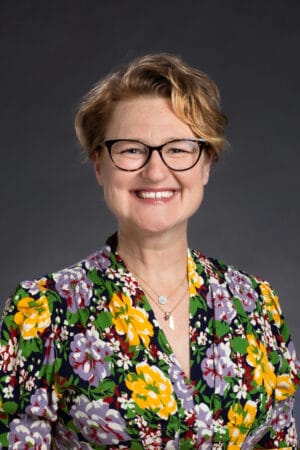 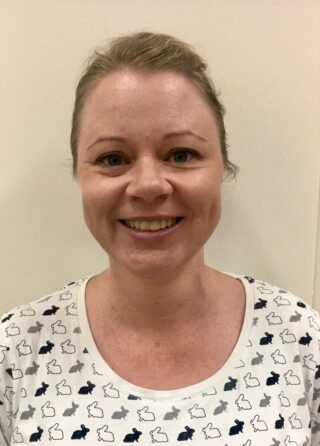 The International Alliance of ALS/MND Associations is pleased to announce the two recipients of this year’s Allied Health Professional Award: Dr. Melinda Kavanaugh and Sarah Solomon. Both are being recognized for the exceptional care they provide to people living with Amyotrophic Lateral Sclerosis/Motor Neurone Disease (ALS/MND), a group of diseases in which the nerve cells that control muscles undergo degeneration and die.

Our first winner, Dr. Melinda Kavanaugh, is Associate Professor at University of Wisconsin-Milwaukee in the United States, where she is focused on youth as caregivers, especially those acting as caregivers for family members with chronic illnesses including neurological disorders. The practical resources and programs she has developed with the ALS Association speak quite clearly to her commitment to advancing clinical care in ALS/MND.

“You only need to hear Dr. Kavanaugh present one time to see how passionate she is,” says Sara Feldman from the ALS Hope Foundation. “Her work on children as caregivers for people living with ALS/MND addresses an issue that has been overlooked for many years. She is dedicated to changing that and is sharing her knowledge and expertise with other health professionals, people living with ALS/MND and the young carers themselves. She saw a need and filled it with care, passion and enthusiasm, and we thank her for that with all of our hearts.”

Our second winner, Sarah Solomon, is Senior Occupational Therapist at Calvary Health Care Bethlehem in Australia, where she assists other therapists with information and advice to help them to work effectively with patients living with ALS/MND. She is a strong advocate for the needs of people with ALS/MND and an active member of MND Victoria’s Equipment Reference Group, the Rehabilitation and Assistive Technology Association and the Palliative Rehab Special Interest Group in Australia, among others.

“Ms. Solomon is known for her ability to think outside of the box to come up with a solution that meets the needs of the person with ALS/MND who she is working with or consulting about,” says Jo Whitehouse from MND Victoria. “She is a thought leader in the area of adjusting and adapting to rapidly changing function, and an expert on the assessment for and prescription of electronic assistive technology. She is a very worthy winner of this award.”